I’ve just returned from being an observing attendee of Beyond CoachingTM, a programme designed to create conscious leaders in the workplace – and to create whole teams of them.

The client was a private healthcare group and they suffered from the usual discontent of organisations in general, and healthcare companies in particular – trying to lead disgruntled nurses unhappy with their pay, the impact of this on the customers, silo behaviour between divisions, fuelled by assumptions about ‘those over there in accounts’.  You know the sort of thing.  You’ve seen it in your own organisations and, if you’re a consultant, you’ve dealt with it every day.

But something slowly started to shift over the course of the two days.  By lunchtime on day 2 the team members came back to the room saying they could really see that things could begin to change in their organisation as a result of what they were doing here.  I saw them getting excited by the possibilities of life and work outside of their normal boxes of seeing the world.  They began developing a common language for how to take powerful action, impact others and reality, and create the results they were seeking in the most direct route possible.  They were less weighed down by the stories and impasses that afflict us in organisational life.

What were they doing?  Not the usual coaching skills programme.  Not typical leadership or even team development.  This was something very different.

Beyond CoachingTM is not ‘training’.  It’s not ‘doing to’ or ‘applying’ a different set of skills to what already exists in leaders.  It’s not (only) about adding knowledge, like an MBA would.  It was about shifting who they were being.  The shift happens in the room, over the period of time the modules take place, and it is irrevocable. 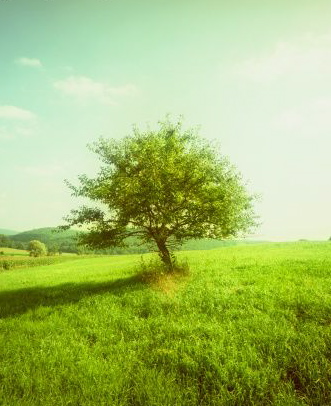 Picture a tree.  You can add a lot of new leaves to the tips of the branches and call it change.  But the tree still stands in the position it was.  Beyond CoachingTM moves the whole trunk, roots and all, to a better place.  Who these leaders were being was being shifted from a less powerful to a more powerful position, a position of higher perspective.  They saw more.  In fact, they were engaged in the process of seeing how they were seeing.  This created a whole lot more consciousness in the room.  They were shifting to becoming conscious leaders.

What shifted?  Greater self-responsibility, honesty and transparency.  Greater awareness, more choice of response.  The ability to impact those they lead in a clear, energetic way, causing them to shift as well.  Communication that creates results and directly impacts reality.  The importance of integrity and honouring commitments, to themselves and each other, and holding each other accountable.  Everybody changing together – as a team.  They began to climb out of the holes that the habits and conditioning of a lifetime had created (as it does in all of us), and started seeing the expansive possibility of the world around them for the first time.  It was intoxicating.

Beyond CoachingTM delivers the following:

Most coaching programmes I have seen add leaves to the top of the tree.  Beyond CoachingTM changes the gameplan.  It taps into the potential lying dormant in your organisation and develops the competence inhouse to identify the champions, and coach and lead them to greatness.  As a result, the whole organisation expands, evolves and performs exponentially better.